Asher Etheridge, a senior at South Paulding High School, has been named a U.S. Presidential Scholar semifinalist. He 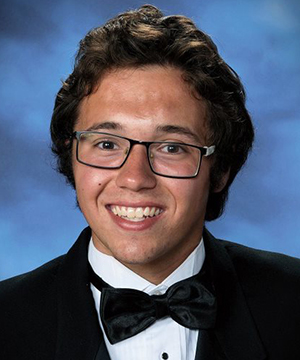 is one of just 16 students from Georgia to be named a semifinalist, and one of just 621 semifinalists nationwide. The 2020 U.S Presidential Scholars will be announced in May.

From nearly 3.6 million graduating high school seniors from across the country, more than 5,600 students were identified as candidates in this program, and 621 semifinalists were selected. These semifinalists form the pool from which the 2020 U.S. Presidential Scholars will be chosen.

The Scholars are chosen on the basis of their accomplishments in many areas — academic and artistic success, accomplishment in career and technical fields, leadership, and involvement in school and the community. The Scholars represent excellence in education and the promise of greatness in America’s young people.