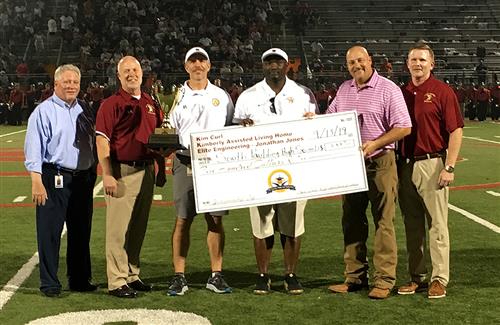 The Sportsmanship cup is sponsored by Mr. Kim Curl of Kimberly Assisted Living Home and Mr. Jonathan Jones of the Elite Engineering.

In addition to the Cup, Mr. Curl and Mr. Jones presented a check for $500 to the general athletic account of South Paulding High School.

The Sportsmanship Cup will remain on display at South Paulding High School for the 2019-20 school year.

A special thanks to Mr. Curl and Mr. Jones for their commitment to the young people of our community.

And congratulations to the Entire Spartan Athletic Department!